Holiday Stuff for you 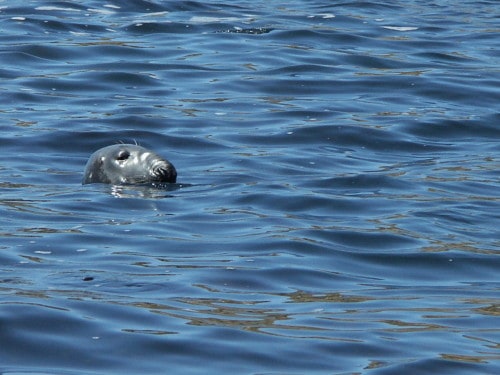 Cornwall Seals can pop up unexpectatly

Seals can be seen around the coast of Cornwall at any time of the year. Britain’s two resident species of seal are the grey and the common seal. The seal population of Cornwall should be considered one if its great wildlife assets.

For those on walking holidays in Cornwall or those just enjoying a day out walking the Cornwall Coast path, the sight of a seal is a common sight. The wildlife that can be seen include Peregrines, buzzards, dolphins, and basking sharks are one of the greatest attractions of walking holiday in Cornwall

From the visitors who enjoy a visit to the National Seal Sanctuary at Gweek to those who sit on a clifftop and watch them play in the surf, the experience is one that remains with the visitor long after they return home.

Around the coast of Cornwall, it is the Grey seal that you are most likely to spot from the cliffs and in the harbours.

Watching Cornwall Seals
Grey seals spend their time between beaches, sand and mud banks all along the Coast of Cornwall. A popular location where you generally always manage to see a seal is at Godrevy. Mutton Cove is a favourite place for seals to haul out at low tide. We have some videos of the seals at Mutton Cove. See below.

Do not disturb the seals if you are fortunate enough to observe them hauled out and if seal watching from the Coastal Path please do NOT walk and watch for seals at the same time.

Cornwall is also home to the National Seal Sanctuary at Gweek where they rescue injured and abandoned seal pups from around the Cornwall and then as soon as they are able release them back into the sea. You can watch a video of a seal pup release and on the Sanctuary at Gweek

About Cornwall Seals
Seals can not breathe underwater. Unlike humans, they empty their lungs of air before submerging for periods of about eight minutes and dive to depths of 50 metres or more.

Their remarkable underwater endurance and ability is due to the fact that their blood retains oxygen to a greater extent than humans along with their ability to reduce their heart rate to 40 beats per minute.

For more information and videos about the seals of Cornwall.

For information about the Cornwall Seal Group

A listing of Cornwall Seals Videos