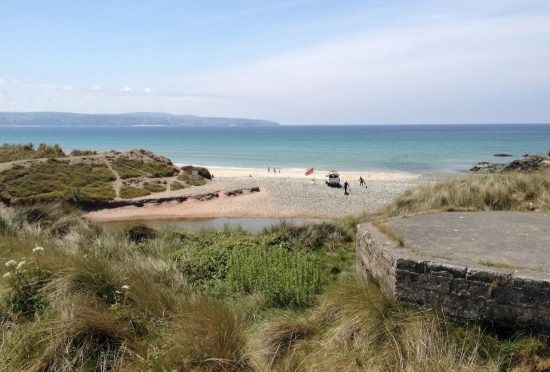 The northern-most tip of Hayle’s ‘3 miles of golden sand’ and probably the most dramatic. Owing to its position Godrevy takes the brunt of the Atlantic swell and is one of the more exposed beaches of the North coast. It is a place of moods ranging from buckets and spades on a sunny summers day to classic rugged Cornish splendour on a stormy winter’s day.

Godrevy is connected to Gwithian beach at lower tides to create an impressive stretch of sand. The hundred or so metres of sand all but disappear at high tide so don’t get caught out. Remember to check the time of high water.

The beach terminates with a low rocky headland and the Godrevy lighthouse on an island just off the coast. (of Virginia Woolfe’s To The Lighthouse fame).  There is a very good chance of spotting seals at Godrevy.

Godrevy Beach and the coastal path is now managed by the National Trust in Cornwall.

Professional lifeguard cover from May to September, service located on Peter’s Point.

Surfing – Godrevy is the most exposed stretch of St Ives Bay. As a result, it benefits by picking up the most swell but suffers from being affected most by the wind. It is fairly exposed to the wind and it is important that either the wind is very light or somewhere between south-south-east or due east else, it’s likely to be a bit ragged.

Given the right conditions, the waves can be epic – long walling lefts and rights. It is also capable of holding a fair-sized swell, up 8ft. However, this doesn’t mean you’ll have an easy paddle out! The break is at its best on a low tide where it can produce a fast hollow wave. It does work through the tide but becomes increasingly slopey and bouncy.

Godrevy Beach is quite well known for its clean sets that seem to come from nowhere and catch everybody out. The peak also moves around a fair bit which works both ways – you can spend all day chasing it around or alternatively sit and wait for the wave of the day to come and find you.

For some reason, the beach attracts weird forms of surf craft, i.e. canoes and goat boats!. 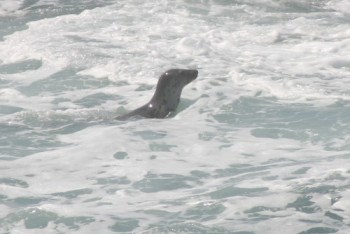 Amazon has an excellent selection of Books, Guides and Maps for St Ives 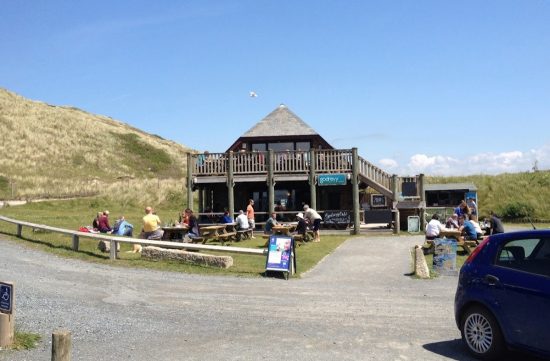