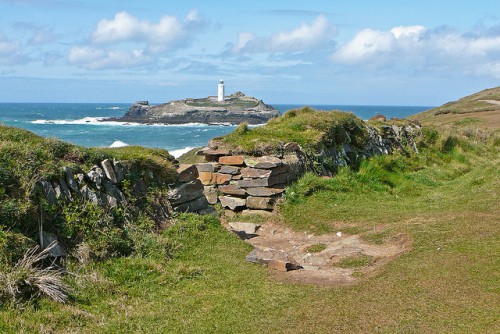 The lighthouse built in 1858 on Godrevy Island in St Ives bay is a white octagonal tower, 86 feet (26 m) high and made of rubble, stone and mortar. The original light was a revolving white one, with a fixed red light below the main light, which could be seen over a 45-degree arc when a ship was in danger of the reef. This was later replaced by a red sector on the main light itself. Originally, the light was manned by three men at a time, but in 1934 the lighthouse was automated.

Godrevy is close to St. Ives. A popular Surfing beach at Gwythian, the coastal path is in the hands of the National Trust in Cornwall.

The National Trust run the car park with toilets. There is an excellent cafe as you enter. Drive further along the road to the car parks and take a walk along the clifftop opposite the Lighthouse. Keep your eyes open for seals but do NOT walk and watch at the same time on the clifftop! On a low tide, you may be lick enough to see the seal colony hauled out on the beach at Mutton Cove.  This reached through the field car park where it joins the coastal path.

Godrevy Lighthouse is one of a number of lighthouses now all automated around the coast of Cornwall. 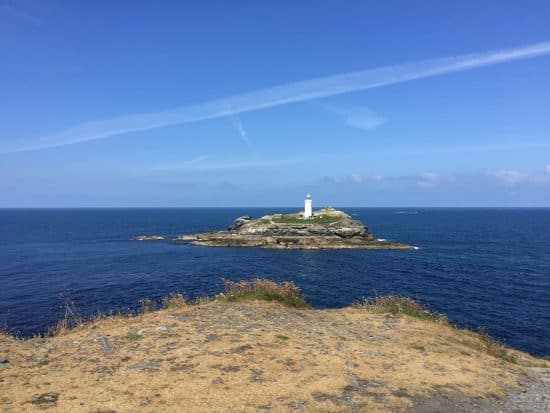 For more information on Trinity House which operates Godrevy.