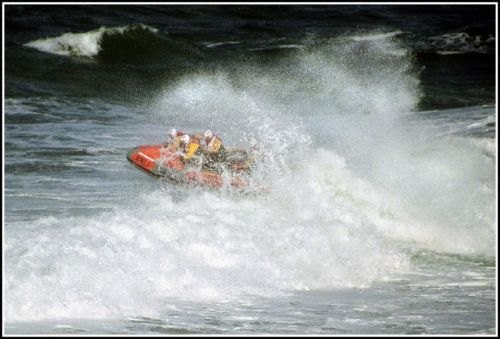 Since 2001, the station has operated from Summerleaze Beach.

It was a direct result of two shipwrecks, the steam-packet Providence and an unidentified schooner, on October 29th 1836 that moves were made to establish a lifeboat station at Bude.  The Rev Ellacoat wrote to HM King William IV reporting the loss of these two ships with all hands on board and requested that His Majesty authorise payment for a lifeboat to be stationed at Bude.