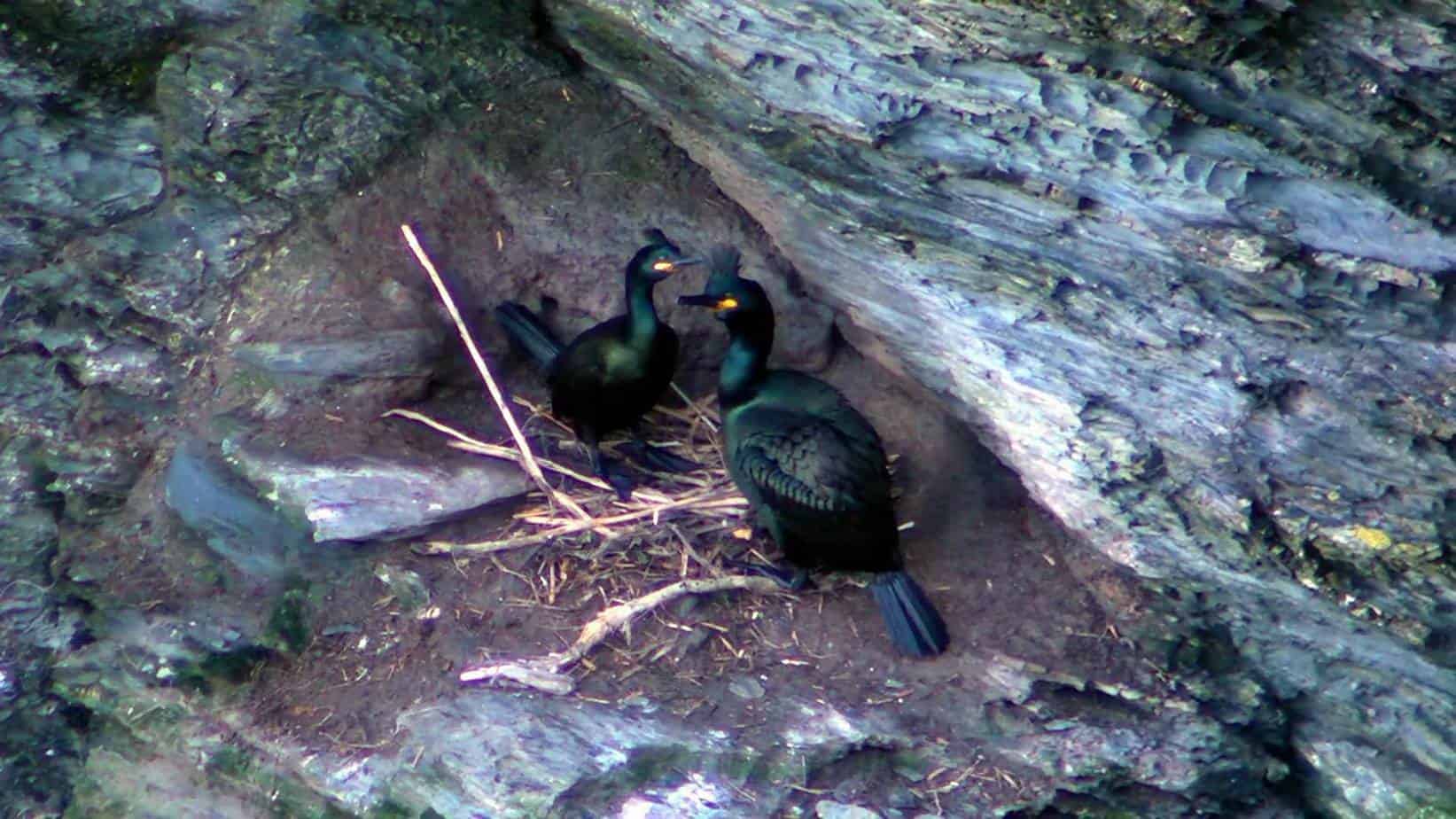 In the breeding, season adults develop a dark glossy green plumage and prominent recurved crest on the front of their head.

In the UK they breed on coastal sites, mainly in the north and west, and over half their population is found at fewer than 10 sites, making them an Amber List species. Shags usually stay within 100-200km of their breeding grounds.

Wikipedia says. . .
Shags nesting Godrevy
There is no consistent distinction between cormorants and shags. The names cormorant and shag were originally the common names of the two species of the family found in Great Britain, Phalacrocorax carbo (now referred to by ornithologists as the great cormorant) and P. aristotelis (the European shag). “Shag” refers to the bird’s crest, which the British forms of the great cormorant lack. As other species were discovered by English-speaking sailors and explorers elsewhere in the world, some were called cormorants and some shags, depending on whether they had crests or not. Sometimes the same species is called a cormorant in one part of the world and a shag in another, e.g., the great cormorant is called the black shag in New Zealand (the birds found in Australasia have a crest that is absent in European members of the species). Van Tets (1976) proposed to divide the family into two genera and attach the name “cormorant” to one and “shag” to the other, but this flies in the face of common usage and has not been widely adopted. 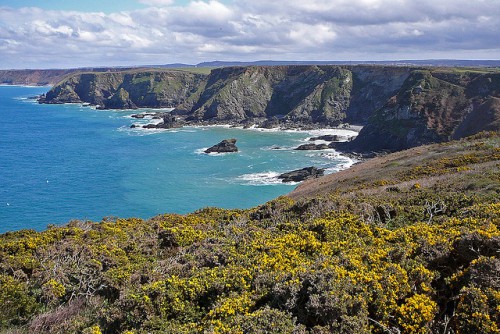 Godrevy Island and Lighthouse have a large colony of seals. Mutton Cove is a popular seal-watching location. However, a walk along the coast path at Godrevy will often offer the chance to spot a seal. It is important to NOT walk and watch at the same time.