Serpent Dance on Mazey Day – Celebrating the day with a dance

The Serpent Dance on Mazey Day 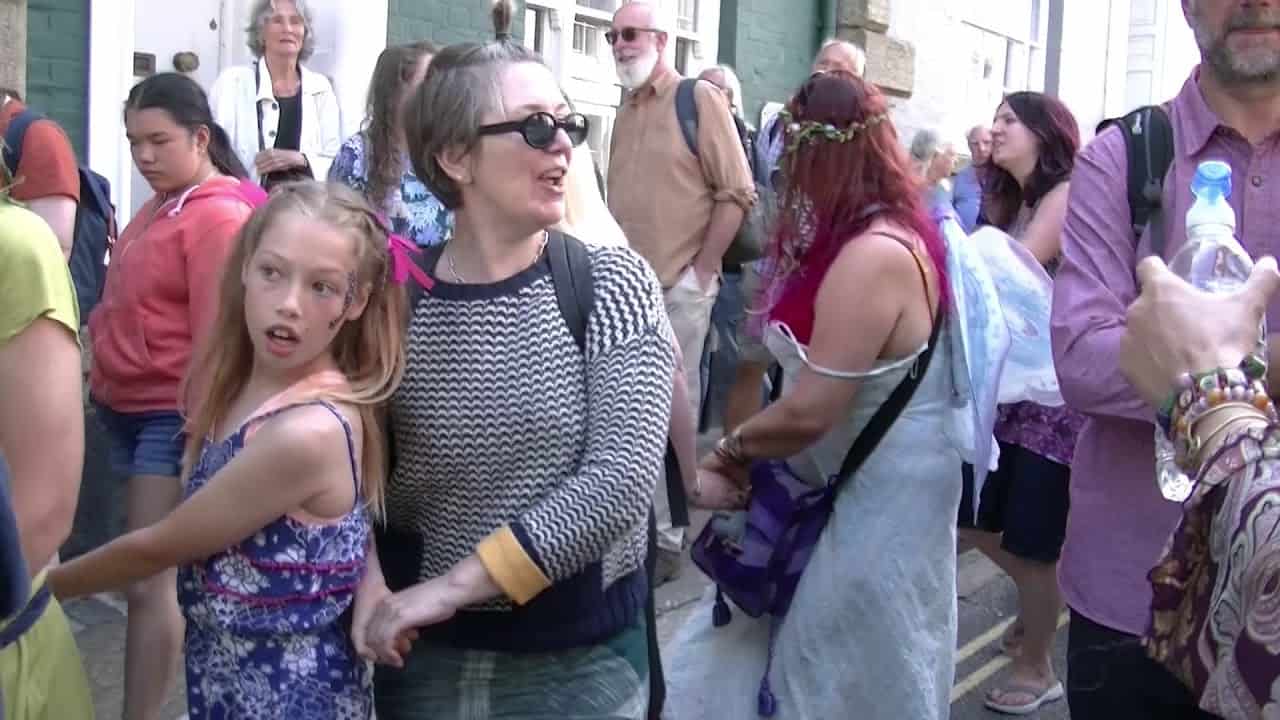 The Serpent Dance on Mazey Day takes place on the last day of the Golowan Festival festival with those taking part holding hands as they dance through the streets of the town. Mazey Day has live music, performances and dancing throughout the town.

Mazey Day is the highlight of the Golowan Festival events and certainly, the most well known.   The Festival is opened by the Mayor and Mock Mayor of the Quay Penzance.  The Mock Mayor is elected for the day and is an old tradition of parody of the official incumbent. Artists and community groups take to the streets with music and giant sculptures. There is also a Market with stalls selling local produce and crafts. The Serpent Dance on Mazey Day is an important traditional feature of the Festival

There are many festivals throughout Cornwall during the year especially from Spring through to Autumn. Many have their roots in old Celtic traditions.  There are a large number of music festivals the Bude Jazz Festival, Boardmasters Surf and Music in Newquay, and the International Sea Shanty Festival in Falmouth are some of the better-known events.

There are also a large number of garden festivals,  farmers markets the Royal Cornwall Show, the Stithians Show, Steam Rallys and other events held throughout the summer.

© Photograph of Penzance with kind permission of Robert Pitman Flckr