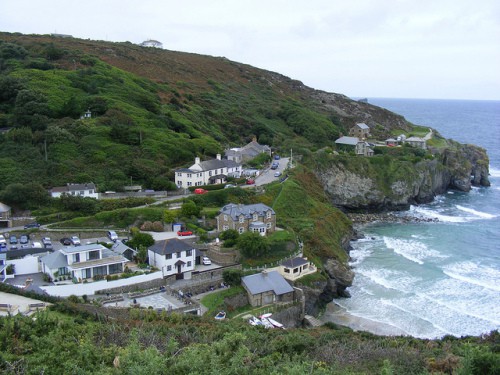 The St Agnes Lifeboat station was first established: 1968. It is one of seven stations operating a lifeboat funded by viewers of the BBC television programme Blue Peter. The inshore lifeboat crews have been honoured with seven awards for gallantry.

Silver Medal for gallantry awarded to Helmsman Gavin Forehead and The Thanks of the Institution inscribed on Vellum accorded to the crew, members, Rory Bushe and James Watkins for the rescue of a girl and a man, who had been windsurfing and were washed into a cave.

The lifeboat was successfully taken into the cave despite the sea and surf.  Two other surfers, Tom Roberson and Jamie Kent who also risked themselves to assist in the rescue were accorded The Thanks of the Institution inscribed on Vellum.

This service took place on 16 October 2005.  The Daily Express LifeSavers Award from Vodafone was awarded on 2 November to the crew for this service. Gavin Forehead also received the James Michael Bower Endowment Fund award for this service.