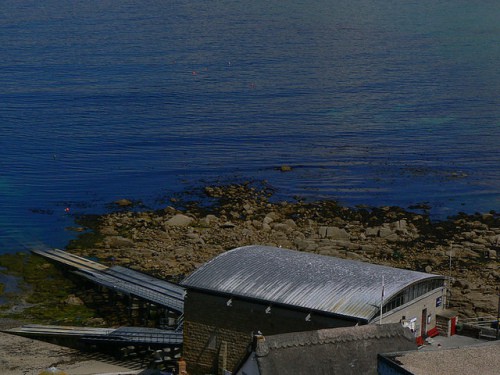 The Station is protected to some extent from the full force of the Atlantic Ocean by the high cliffs of Pedn-men-du ~ but still offers some of the most challenging conditions to be found anywhere around the coast of the UK for lifeboat operations.

The Tamar Class “R.N.L.B. City of London III ” is the station lifeboat. Constructed in 2009 at a cost of £ 2.7M, she is a 16m self-righting lifeboat powered by two 1000hp Caterpillar C18 diesel engines giving her a top speed of 25 knots, with an endurance of 10 hours + at full speed.

The Tamar launches down a slipway in the `traditional` fashion. The Station is unique in having two slipways, allowing the lifeboat to be recovered in the shelter of the breakwater at high tide; or up the launching slipway at low tide.
First established: 1853