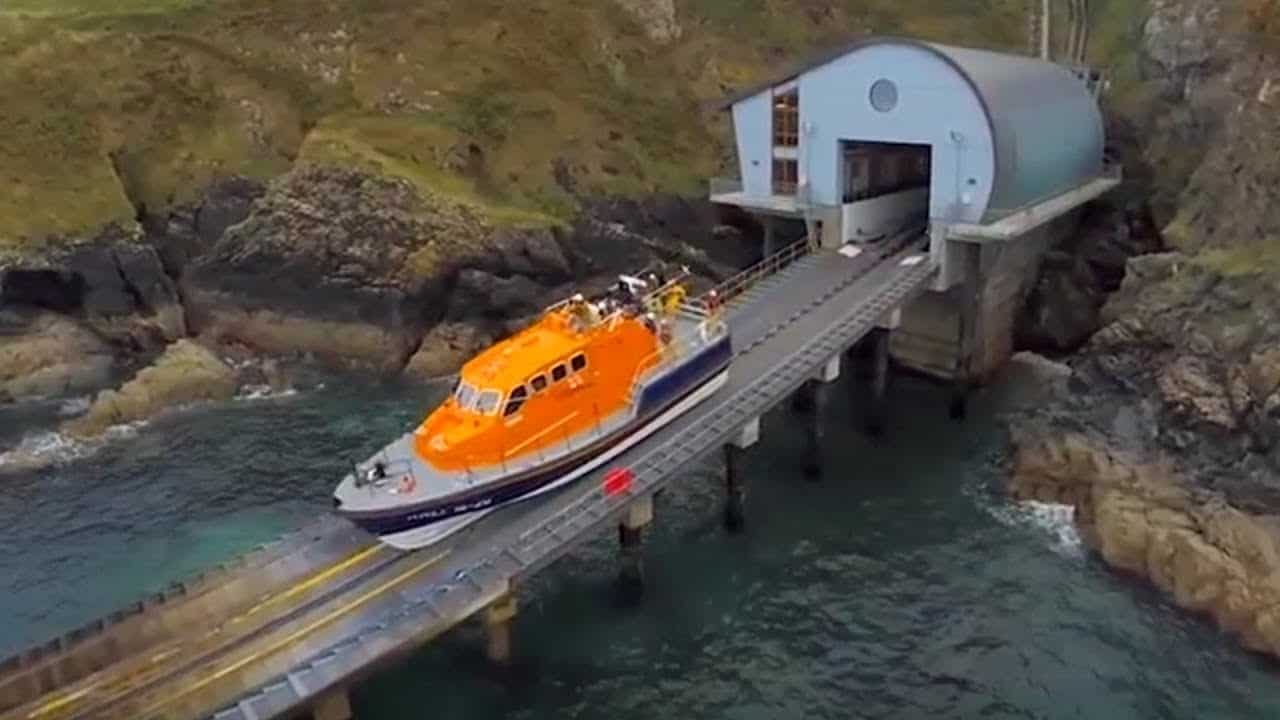 The RNLI Estates manager explains in this video by the Institution of Civil Engineers the challenges of building the new Lizard Lifeboat Station.

The station’s design had to safeguard the environment and re-use as much existing structure as possible. Set at the base of a 45m cliff, a twin-engine Tamar class lifeboat sits ready for launch in the boathouse. When called out, it slides down a slipway into deep water.

The site is in a narrow cove at the base of a high cliff in an area where seas can be rough. The only access is along a narrow lane, through a small village, and then down a flight of 170 steps. The engineers had to allow for bad weather and sea conditions while scheduling work. They also had to work around currents and tides.

The team needed a stable platform for both land and marine work. The beach couldn’t be used as it was above water and dangerous during storms.

Instead, engineers used a jack-up barge for the project. A jack-up barge is a floating hull with legs that can be raised or lowered. It’s pulled to the construction site with legs raised. They’re then lowered and anchored into the sea bed to make a solid platform for construction work.

Plant and other materials came from Falmouth by the sea – a 3-hour journey. 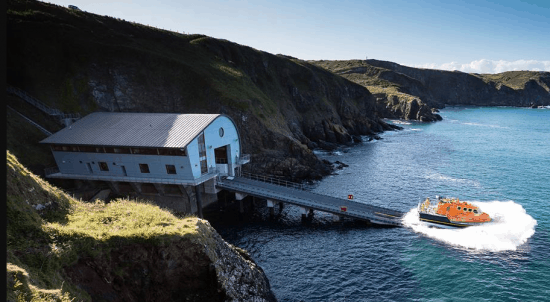 You can read more about the Lizard Lifeboat here.

Back to Lifeboat videos

More information on the Lizard Lifeboat Station from the RNLI