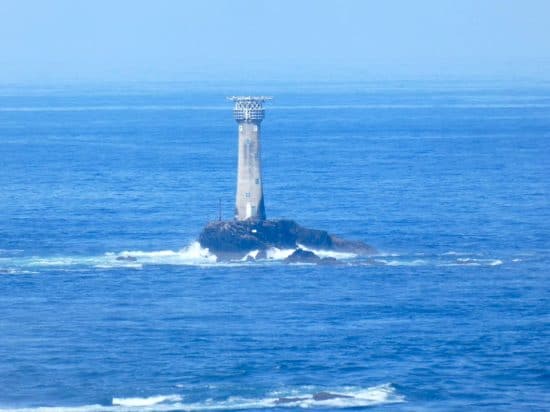 Longships Lighthouse during a storm

Longships Lighthouse during a storm, taken during morning storms, 10th March 2008. This video of the storm illustrates the power of the sea in these waters. Longships is the name given to a group of rocks situated 1.25 miles to the west of Land’s End, in Penwith, Cornwall,

A fog signal sounds every 10 seconds. The gullies, canyons, prolific marine life and shipwrecks at Longships make it a popular diving location.

You can read more about the Lighthouses of Cornwall and the work of Trinity House who is responsible for the maintenance and operation of these lighthouses.

Back to Storm Watching Videos