Tate St Ives Cornwall Porthmeor studios: A short film looking at the influence Porthmeor studios has had on the town of St Ives, with reference to the artists that have worked there and are exhibited at the Tate.

Sara Hughes, the Curator of Tate St Ives, guides us through the historical relationship the gallery has had with the studios. She discusses the residency they run there at studio number 5 (formerly home to Patrick Heron and Ben Nicholson amongst others).
Luke Frost, grandson of modernist Sir Terry Frost also contributes with his finding of the studio space as the current resident artist. 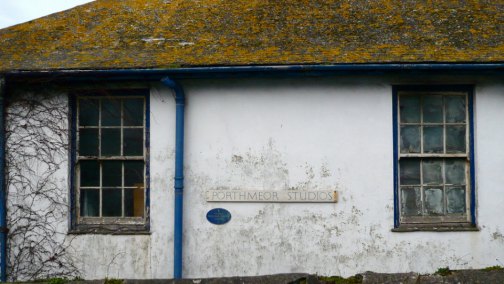 Thanks to the individual Estates for their permission and to DACS for their support.

Two videos have been made with the artists and the fishermen of St Ives talking about Porthmeor studios, the use of the building over the years and its importance.

© Photograph of Tate St Ives Cornwall Porthmeor studios with kind permission of Herry Lawford Flckr


J Class Racing in Falmouth Bay - July 2012
We use cookies to ensure that we give you the best experience on our website. If you continue to use this site we will assume that you are happy with it.OK Got it!