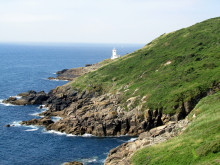 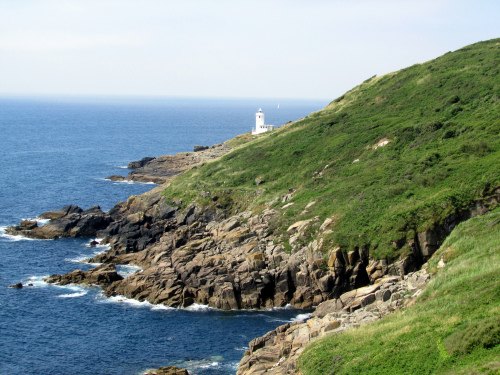 Tater Du lighthouse in Cornwall. Located about 5 miles from Lands End, is a nice 30 min walk along the coastal path from picturesque Lamorna Cove. 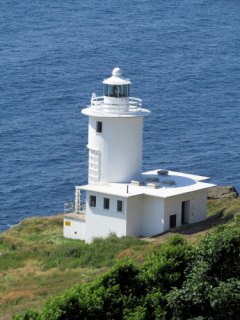 Tater Du Lighthouse is Cornwall’s most recently built lighthouse. The construction of the lighthouse followed the tragedy of losing a small Spanish coaster called the Juan Ferrer on the 23rd of October 1963, on Boscawen point with the loss of 11 lives.

The lighthouse is constructed with a completely automatic installation which is remotely controlled from the Trinity House depot in Penzance. The Lighthouse, built from local stone, was completed by the July of 1965. It houses a 7 foot 1 inch lantern with an electric light which is powered from batteries charged from mains electricity during the day.

The fog signal sounds two one second blasts every 30 seconds during fog.

You can read more about the Lighthouses of Cornwall and the work of Trinity House who are responsible for the maintenance and operation of these lighthouses.

[ready_google_map id=’277′] © Photograph of Tater Du lighthouse Images with kind permission of Reading Tom Flckr


J Class Racing in Falmouth Bay - July 2012
We use cookies to ensure that we give you the best experience on our website. If you continue to use this site we will assume that you are happy with it.OK Got it!