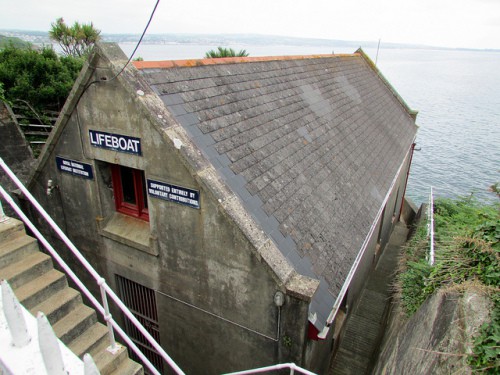 Penlee Lifeboat Station has a remarkable history of bravery with the lifeboat crews being presented with 44 awards for gallantry during its 200-year history. The station has also witnessed tragedy with nine lifeboat crew losing their lives saving others at sea.

“The greatest act of courage that I have ever seen, and am ever likely to see, was the penultimate courage and dedication shown by the Penlee [crew] when it manoeuvred back alongside the casualty in over 60 ft breakers and rescued four people shortly after the Penlee had been bashed on top of the casualty’s hatch covers. They were truly the bravest eight men I’ve ever seen, who were also totally dedicated to upholding the highest standards of the RNLI.”  Lt Cdr Smith USN

​This station is classed as an Observe station. Observe stations also welcome visitors but many are in inaccessible places and best suited to maritime rescue rather than visits.

However, many of these stations are situated in stunning locations.