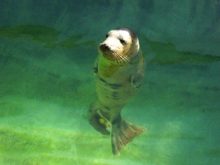 April, a rescued seal pup (2007/8 season) at the National Seal Sanctuary, Gweek, Cornwall. The Seal Sanctuary rescues abandoned, stranded or injured sals and seal pups from around the coast of Cornwall. 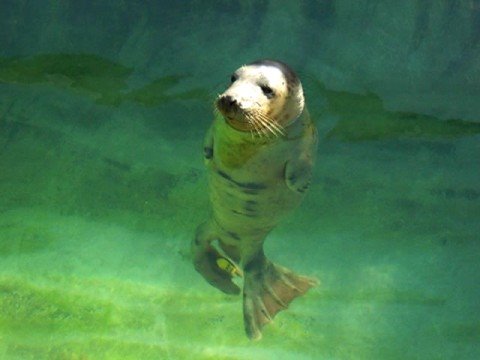 Their ambition is to always try and release the pups back into the wild when they are able and well enough. See the video of the pup release (link below). If you see a seal pup apparently abandoned do NOT approach but call the rescue centre. The mother may be nearby but unable to come near because of human activity. 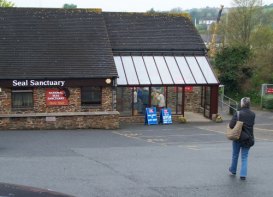