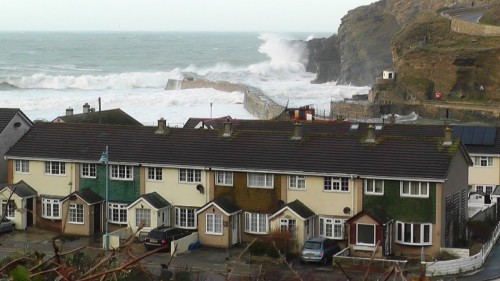 This video (Storm watching Portreath Cornwall) was taken after the famous Monkey House at the end of the harbour wall at Portreath was destroyed force of the waves.

The Monkey House was originally for shelter and was sued as a second lookout for boats heading for the harbour. The lookout would then alert the dock hands to be ready to secure the vessel.

Portreath was a busy port for both coal imports and ore exporting in the heyday of Cornish mining. In 1840, the harbour was handling up to 700 ships per year and exporting around 100,000 tons of copper ore.

[ready_google_map id=’387′]


J Class Racing in Falmouth Bay - July 2012
We use cookies to ensure that we give you the best experience on our website. If you continue to use this site we will assume that you are happy with it.OK Got it!