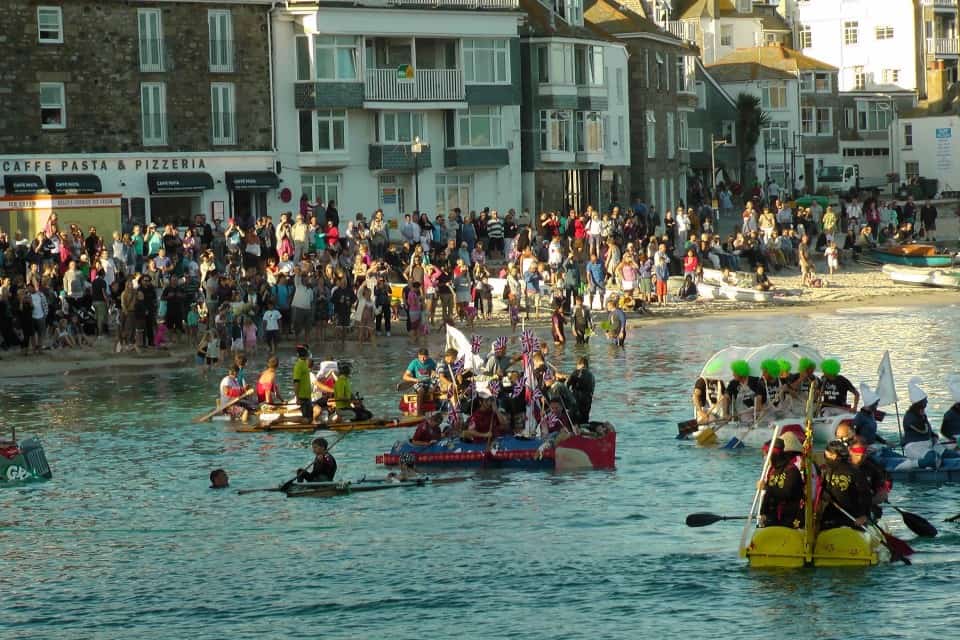 A short video of the annual St Ives Raft Race which is held in the harbour allowing a large number of spectators to watch and throw the flower bombs!

The race takes place in August every year. Teams come from many local organisations including the Gig Club, Sailing Club, Round table and individuals who often astound the world of naval architecture with their colourful if perhaps inefficient constructions.

It is a charity event with scenes of chaos and mayhem as the competing teams battle it out on their home made vessels. Competition among the teams is fierce with the flour and water bombs from spectators adding to the chaos and capsizes that make it all such fun.

[ready_google_map id=’366′]


J Class Racing in Falmouth Bay - July 2012
We use cookies to ensure that we give you the best experience on our website. If you continue to use this site we will assume that you are happy with it.OK Got it!