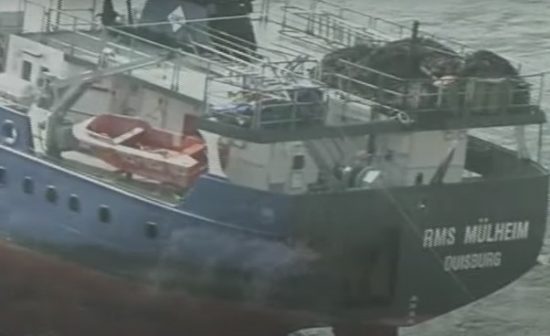 The most recent Shipwreck at Lands End was the 1,846-tonne RMS Mulheim was making a passage from Cork to Lubeck, Germany, when she ran aground between Land’s End and Sennen at 0500 GMT on Saturday 22nd March 2003The six-strong Polish crew were airlifted to safety by a rescue helicopter from RNAS Culdrose.

They were taken to the Sennen Cove Lifeboat Station, where they were treated for shock.

There was a Major salvage operation that involved a crane and a pulley system on the cliffs immediately above the wreck. With as much of the cargo as possible being loaded onto a conveyor that transported the tyres and other automotive scarp and plastic to the cliff top.